- If you destroy an enemy craft, all enemy bullets close to it turn into jewelry.

- The type of stone the enemy bullets turn into, is equal to the ring level you currently reached

Now you might ask yourself, why should you switch between these weapons all the time ?
The answer is quite simple:

First, with regard to speed, it's already been noted that during Fighter mode speed is affected by both plane and gunflyer. I've found that Bolt + Chain (fastest plane and slowest gunflyer) have exactly the same speed as Ring + Nail (slowest plane and fastest gunflyer) As expected Bolt + Nail is the fastest combination while Ring + Chain is the slowest.

The gunners can basically be arranged in order from Nail -> Rivet -> Chain. Going from left to right, each gunflyer is "heavier" than the previous one. The "weight" of a gunflyer affects three things:

Now, as for the interaction between pilot and gunner, there are two aspects to it. The simpler one is the change in the gunflyer's shot. Two of the three gunners (Chain and Nail) have a "favorite" pilot with whom their shots are enhanced. Rivet does not have a favorite pilot.

Chain: When paired with Ring, her missiles travel faster and "scatter" like Nail's (though to a smaller degree) Furthermore, the explosions of her missiles continue to travel forward after impact. The difference in shot speed and the scattering effect are really obvious--anyone who has played or seen both Ring/Chain and Bolt/Chain should have noticed.

Nail: When paired with Bolt, her shots spread more widely and more "chaotically". The difference is hard to describe and certainly more subtle than it is with Chain; you have to have both Bolt/Nail and Ring/Nail onscreen together and both fully powered up to really see it. Apparently Nail's shot power (damage per shot) is enhanced as well, but this is hard to verify.

The more complicated aspect to explain is the change in a fighter's main shot. Basically, each plane has a "weak" mode and a "strong" mode. In "weak" mode, all the shots fired at a single moment are "linked" together. When firing continuously at maximum rate of fire, the plane can't fire a new round of shots until all the shots in the previous round have left the screen. On the other hand, in "strong" mode each shot is independent. As soon as any one shot leaves the screen, you can fire another shot in the same direction.

This is a lot harder to explain than it is to observe visually. My advice is to play with Ring/Chain (weak main shot), get powered up, get into a clear spot with no enemies onscreen (like right before the stage 1 boss) and fire at full-auto while moving around the screen. Then repeat with Ring/Nail (strong main shot) You should be able to see the difference in how the plane fires in each mode.

Obviously, this difference between "weak" and "strong" shots is a lot more significant for Ring than for Bolt. Bolt only fires two streams of shots, and since they're parallel both usually leave the screen at the same time anyway. So Bolt gets some other advantages as well: His shots are significantly faster in "strong" mode and the two streams are a bit farther apart.

Now, here's how each fighter's shot strength is affected by choice of gunner:


"Changes" means that the shot type is determined by affection level: From level 1-3 the plane fires in "weak" mode and from level 4-6 it fires in "strong" mode.
https://www.youtube.com/channel/UCr3oML ... 1PMwFayKhg 3%
Haut 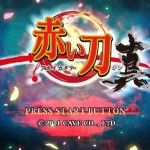 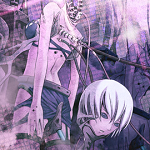