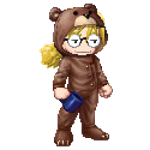 
BASIC RANK-CONTROLLING STRATEGIES:
Now that you know what the game’s rank can do to you if you don’t handle it properly, it stands to reason that you’ll want to know exactly how to do just that. This guide will get into a bit more of the “nitty-gritty” aspects of rank control as you read further in, but for starters, here is a sort of “digest” version of the “main” things you’ll want to do to succeed at Battle Garegga, which breaks down at least most of the basic strategies you’ll want to use to successfully tackle the game and its demanding rank system. The guide will explain the listed items in more detail later on, but the stuff here ought to give you at least a general idea of what you’ll need to do.

Don’t hoard lives.
Perhaps the toughest of Garegga’s rank control methods to get used to, but once you do so, things will actually get easier, rather than harder (as it might sound at first), for you. As you might have heard before even reading this guide, you’ll need to make sure that you get shot down periodically to lower the rank. Moreover, as will be elaborated upon below, the fewer lives you have in reserve when you die, the greater the (positive) effect the death has on the rank. As such, you’ll want to never have more than one or two extra lives in reserve at a time, so that your deaths, whenever they happen, help you the most. This means, if you’re scoring well enough to be earning regular extends, you should make sure to lose a life or two on a regular basis, rather than hoarding them and then dying a whole bunch of times at once (likely at a rough area). Obviously there’s a good deal of risk to having fewer lives to fall back on, but as you practice you’ll become confident enough to tackle previously-tough areas without a whole lot of backup.

Play for score.
As the previous item brought out, you’ll need to sacrifice quite a few lives along the way to keep the rank from getting too high, and aside from the single item extend in stage 3, the only way to earn those lives back is to score well. Battle Garegga’s (default) extend rate is pretty generous when you’re taking advantage of scoring opportunities properly, so you definitely want to exploit that fact as best you can. In some shmups you can more or less choose to play either “for survival” or “for score”: in Battle Garegga, the two are, to a large extent, the same thing. You MUST learn to score well to survive in the long term, so read the stage-specific guides or watch some superplays (or just do a bit of experimenting) to figure out how.

Don’t hoard bombs.
In most shmups, players are encouraged (even rewarded) for using bombs as little as possible, letting them go only when in a tight spot or to make up for a mistake. Garegga, on the other hand, includes bombs (or, as some have argued, not really even “bombs” but “special weapons”) primarily, not for survival purposes, but to help you score more, largely through background scenery destruction and a few other “tricks.” As such, for most areas of the game (barring a few exceptions, like the flamingoes in Stage 2), you’ll want to be using your bombs regularly to destroy scenery and uncover hidden medals to boost your score: oftentimes this means having no full bombs on hand, using only a few fragments at a time (since that’s all you’ll have handy) to take out the scenery. In similar fashion to having fewer lives as explained above, having fewer bombs to rely on to get out of a tough spot can make for some extra-tense situations: in the same manner, though, practice will see you through.

Limit your firepower.
Similar to the above-mentioned treatment of bombs, most shmups encourage you to power yourself up fully as fast as you can: if you do so in Garegga, the rank will likely end up out of your control before long. To prevent this, do your best to get as far as you can with as little firepower as possible: until you’re forced to upgrade, stick with a lower-powered main shot (use the tables below to decide with which planes/characters this will be to your greatest advantage), fewer options, and non-hidden option formations. As with the previous few items on this list, doing this may sound prohibitively difficult, but give it a try and you may be surprised how far you can get with what you might have previously viewed as a mere “pea shooter.” Of course, later levels pretty much require you to have high firepower to progress, but the longer you can go without it, the better.

Limit your shooting.
The more shots you fire the angrier you make the rank, so as a matter of principle, when there’s nothing to shoot at, let go of that fire button and stop shooting. Unlike in many other games, where you have little incentive to ever let go of the fire button, in Battle Garegga you’ll want to “conserve ammo” in the few spots where you’re able to do so, although most of the time you’ll have no choice but to fight enemies off. Just keep this thought in the back of your head and you’ll be fine.

Use large items to power up when possible.
Using small shot or weapon items a handful of times won’t utterly decimate your rank, but when possible you’ll want to use large shot or weapon icons to power yourself up, as in each case they end up doing less damage to your rank than their smaller counterparts will, especially in the case of the small shot icons, which can permanently affect your “per-frame” rank (detailed below).

Beware of raising the autofire rate.
Battle Garegga gives the player the ability to raise (but not lower) the game’s autofire rate during play, which gives you the ability to do more damage to enemies more quickly. This is certainly tempting, but it comes with a steep price: raising the autofire rate has a drastic effect on the rank, and should be used with extreme discretion, since its effects are impossible to reverse once activated. As mentioned earlier, later levels require greater firepower, but earlier on try to go without it.

Don’t collect power-ups when your power is “maxed.”
As in many shmups, if you collect additional power-up icons after you’re already at full power, you get a few extra points. However, in Battle Garegga, such items give you only paltry points in most cases (especially compared to the regular 10,000 apiece you can get from keeping your medal chain going) and increase your rank much faster than if they were collected when not at full power. As such, it’s generally in your best interests to avoid collecting further “enhancements” once you get to that point.

Don’t lose your medal chain.
Speaking of medals, this point bears repeating: not only are medals a vital source of points (and all-important extra lives), but losing your chain and being forced to collect lower-value medals instead of higher-value ones will raise your rank many times faster than if you’d been able to keep the high-value medals coming. As with everything else, practice makes perfect. While you guys are sessioning Saidaioujou, I'll post something to keep you Garegga players on your toes. ^_-

Not a single medal drop throughout the run, though a lower scoring Mad Ball 2 (trapped in the corner), no milking on Junkey Monkey, and a bad attempt at stalling King Crimson kept this one quite low. Managed to bomb-milk Black Heart 2 throughout the second form, but nearly lost it completely on the third form.

A couple of runs later picked up a B.1mil but failed with a mid-stage6 medal drop and dying while milking Junkey Monkey's arms (and still had my highest scoring run to stage 6, with A.2mil after Black Heart), so consistency is finally coming, and I think I can make a really good stab at hitting D with more practice. I need to practice BH2's trap vulcan again as I have no confidence with it at the moment, and I think doing it perfectly will be key to conserving lives for Glow Squid.