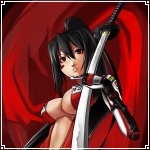 Cae World a écrit :Hi folks, it's MasaKING@CAVE! Today we've updated Deathsmiles and added DLC items to Sakura's Shop. Download the update and check them out!

Cae World a écrit :Hi folks, it's MasaKING@CAVE! Today we've updated Deathsmiles and added DLC items to Sakura's Shop. Download the update and check them out!


Costume change
Unlock costumes for Tiara.
New BGM
You'll have to unlock this through a special trick whose hint is "Flash flash? Tap tap!"
Jigsaw Puzzle Minigame
Complete an original illustration from Yukinatsu Mori using pieces that you unlock by playing the game.
New Items
Weapons from Guwange and DoDonPachi Resurrection available as DLC items.
User Requested Features
Screen rotation (flipping) and an option to switch the game screen to the left or right.
The update will be available on August 6. Visit this page on the 5th for a Ustream broadcast showing off the update.

Cave a écrit :Hands on with the latest Deathsmiles update! LIVE ON USTREAM!
We'll be showing off this latest Deathsmiles update on August 5th (Friday), starting at 11:00 a.m. GMT!
Check the time in your area to tune in! Watch CAVE WORLD producer Masa KING give an exclusive live preview
of all the new features right here! Oh and there might be a surprise announcement!?
Get on the stream to find out!
Live English translation provided at the Cover it Live blog below! 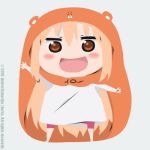 This is Houkago no Kamishibai which is a Japanese-only app produced by one of our dev teams in which you can listen to characters voiced by famous Japanese voice actors tell stories.


Welcome to our hands on live stream for our Deathsmiles update!!

Ok, let's show you what we've prepped for this update!

Costumes are unlocked by fulfilling "certain conditions" while playing Deathsmiles.

The second of our new features for this update

New DLC items! You probably recognize a bunch of these items if you've played some of our other games!

Just to let you know, you won't need these items to clear the game, unlock achievements or get puzzle pieces.

We've added some screen layout options to let you organize the screen as you please.

These options will help you avoid situations where you finger blocks the play field.

We've fixed a bunch of bugs for this update!

You'll have to use a certain secret technique to unlock it.

You'll have to look for hints on the screen select screen after the update...kekkekekekek

Ok, moving on to new updates!

We've put together a little wallpaper for your iPhone!

Let's get into some gameplay.

Here are some of the screen settings.

What do you guys think about the back of this iPhone case??

Ok, getting back to the game.

Here are some of the costumes

Some of the conditions are secret at first, but you guys should figure them out.

Here's the jigsaw puzzle. With a couple pieces unlocked.

These are the conditions for unlocking puzzle pieces.

Some of them are things like "Complete the Tea-time set"

"Complete the Ordinary set" and other completion-related conditions.

Anybody recognize that shot?

This is what the shot looks like when it's powered up.

This is a strong weapon for tearing through some of the tougher enemies on the harder difficulties.

You guys will have to see some of the item names in English when the update goes live tomorrow.

Here we have a certain lock-on shot...

Next we have the "Resurrection" weapon, which is supposed to be really strong. Also the "Blissful Death" weapon from a certain (extremely hard) arcade game...

Ok next we're going to show you guys a bit more detail on the secret BGM technique...

You might notice something glowing under the bridge on the map of Gilverado...

If you can see that you should be able to figure it out :O

We can't tell you much more about the BGM technique otherwise MasaKING will flog us : /

[Comment From Irene Irene: ]
will we get an update with other characters in iphone mode such as sakura?

Depends on how well the app does! :O

"Are there any perverted costumes for Tiara" "NO!"

"Will drop rate change in this update?" "You will find a luck boosting in the shop with this update to help you find rare items"

Comment From MSL MSL: ]
Any hope of an HD version for iPad?

Maybe, maaaaaybe for the iPad 2

"Soundtrack for Deathsmiles going to be released" "We're definitely thinking about it, our musician did a great job"

"Will there be an Android version?" "As you guys know, recently the Galaxy series, the CPU has seen a big upgrade, so maybe, maybe, maybe...."

Comment From RobR RobR: ]
I think the internet ate my question, but will we ever be able to save our progress in the iPhone mode so we don't have to constantly start from the first level?

At the moment we don't have any plans for that, sorry.

[Comment From Jnilou Jnilou: ]
Ice Palace level for the next update ?

Probably the same answer as Sakura, completely depends on how well the app does :O

We also have this iPhone case here...

These were put together by our merchandise division...maybe if we ask them nicely they'll put it up for sale?

"Will DLC items affect the puzzle" "No, you will not need DLC items for achievements, puzzle pieces or clearing the game."

"When are we going to get soundtracks on iTunes?" "Sorry, I'm working on it but way too busy at the moment"

"I want to fight Tyrannosatan with Tiara" "Ahh, yeah that would be cool..."

[Comment From Irene Irene: ]
Is the unique features on the iphone/ipad coming to xbox as DLC or update?

"Make an iPod touch case" "We would need to know if there's demand for that. So either send that request on twitter, or to the online shop."

[Comment From Theodicee Theodicee: ]
All your products will be up to date with the os 5 ?

Right now, iOS5 is in beta, so we're afraid that there might be some bugs with the game. When it's an official release, we'll update the app to be compatible with it.

"MasaKING as a hidden boss" "Wouldn't that be awesome..."

[Comment From Irene Irene: ]
MasaKing I love you and your the man of my dreams are you single?

It feels great to be loved around the world!!1 And yes, I'm single.

Mushihimesama Bug Panic is probably the closest we're going to get until we get a bit better latency on iOS devices I would think...

[Comment From MSL MSL: ]
Can you let us in on any future game releases? What can we look forward to?

Ok, check out our new trailer!

This is our new simulation game for iOS!

Castle Creator lets you build your own castle town in medieval Japan.

Once you've got a bustling little kingdom of your own, you'll have the opportunity to "skirmish" with your friends and neighbors.

The game is compatible around the world, so you'll see people from all different countries playing the game and building their own castles.

Both games will be released in 2011! So stay tuned in!

We're just starting out with Castle Creator overseas, hopefully if things take off we can bring you the soundtrack :)

MasaKING is talking about the Castle Creator event in Tokyo which is happening next week (August 14th).

Ok, here's our next trailer!

There are 24 tracks on this CD including Adventure Mode, Score Attack Mode, Bug Battle, Jigsaw Puzzle and more.

The Jigsaw puzzle illustration by Haccan is also included inside the CD case.

Comment From pent pent: ]
I get the odd feeling this isn't meant for us international folks, is it.

This is Houkago no Kamishibai which is a Japanese-only app produced by one of our dev teams in which you can listen to characters voiced by famous Japanese voice actors tell stories.

You guys are going to be glad you stuck around now...

"So should we give them the ultimate surprise?"

"Should I show them the surprise..."

Top secret! For your eyes only, folks!

Hope you can see the difference in graphic quality

Might be a little tough because of the USTREAM video feed

We are developing this with the utmost secrecy

That's it for us today!

Thank you for tuning in today! And for your support of CAVE!

We'll be releasing the Deathsmiles update in about 3 hours

So please give it a download and explore the new features!